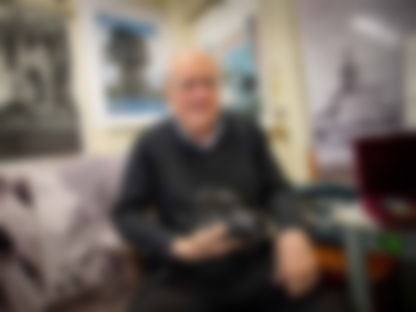 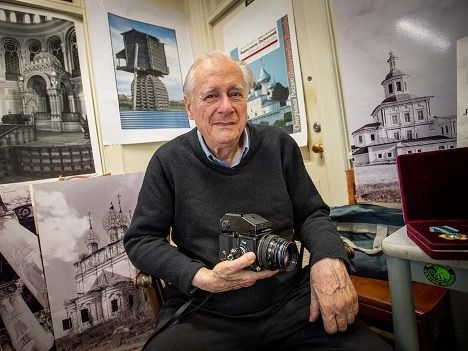 AMC Online | Film and discussion: "The Treasure of William Brumfield"

Join us in a virtual documentary film screening "The Treasure of William Brumfield" and discussion with William Craft Brumfield, world renown American historian of Russian architecture, a preservationist and an architectural photographer.

You are invited to join us in a virtual documentary film screening "The Treasure of William Brumfield" and discussion with William Craft Brumfield, world renown American historian of Russian architecture, a preservationist and an architectural photographer.

The screening and discussion will be held on Thursday, October 28, at 18:30 Moscow time on the Facebook page of the American Center in Moscow.

Dr. Brumfield was awarded the D. S. Likhachev Prize by the D. S. Likhachev Foundation in 2014 for his outstanding contributions to the preservation of the historical and cultural heritage of Russia. In 2019, he was awarded the Order of Friendship, presented by Russian Ambassador to the United States Anatoly Antonov, “for the merits in strengthening friendship and cooperation between peoples, fruitful activities for the rapprochement and mutual enrichment of cultures of nations and nationalities.”

Dr. Brumfield has lived in Russia for a total of fifteen years, and has done graduate and post-doctoral research at Moscow and Leningrad Universities, as well as at the Russian Institute of Art History in Moscow.  He is currently Professor of Slavic studies at Tulane University, and his photograph collections are housed at the U.S. Library of Congress and the National Gallery of Art in Washington, DC.

The event is hosted on the AMC Facebook page on October 28 at 6:30pm Moscow time: https://www.facebook.com/acmoscow/ You can register below and leave your valid email address to receive a reminder 30 minutes before the online event starts. To join other AMC Online programs, please check the American Center’s TimePad calendar.