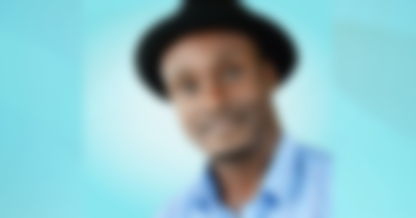 Welcome to the Tap Dance Master Class series, where American instructors — all tap dance performers and teachers - will conduct the dance classes for the American Center in Moscow audience. Each session will be a one-hour demo/class followed by a 30-minute Q&A. The series will be interesting to both tap professionals and tap enthusiasts.

Joseph Wiggan is our guest for the second event in the series and will perform on Thursday, December 2 at 7 PM Moscow time.

Joseph Wiggan was born and raised in Los Angeles, California. He began tap dance with Paul and Arlene Kennedy at the age of nine. Joseph is a 2003 Music Center Spotlight Award recipient, 2004 Presidential Scholar in the Arts, and 2005 Princess Grace Award/Chris Hellman Dance Honor recipient. Joseph has performed in the American tour of Riverdance; Imagine Tap!; À la Recherche de Joséphine;and made his Broadway debut in Shuffle Along. Other credits include Cirque du Soleil Banana Shpeel and Michael Jackson: The Immortal World Tour; N.Y.C.C. Encores: The New Yorkers; and This Joint is Jumpin’ at The Other Palace.

As a teacher Joseph has shared his artistry with people in Sweden, Japan, France, Guatemala, and Australia among others. He has been a cultural exchange performer in Cuba, Peru, and Russia. Joseph has been a guest performer in live concert with Chester Whitmore, Orlando Poleo, Allen Hoist, the late Roy Hargrove, Johnny O’Neal, Gunhild Carling, Mike Phillips, Lafayette Harris Jr., Alice Gi-Young Hwang, Wynton Marsalis, Spike Wilner, the late Geri Allen, The Garth Newel Piano Quartet, Marcus Strickland, Marvin “Smitty” Smith and Jacques Lesure. The experiences on the bandstand with these particular musicians inspired Joseph to lead his own band with a focus on the lineage of Black Music in America and abroad.

Joseph works as a member of The Double J’s, a tap duo act that includes his sister Josette Wiggan-Freund. The Double J’s have performed in Frankie 100 at The Apollo; Tap Ellington at The Appel Room; TrailBlazer Calgary Stampede Grandstand Show; Tireless: A Tap Dance Experience at Jacob’s Pillow; Dorrance Dance The Blues Project at Vail Dance Festival and The Nutcracker Suite at the Joyce Theater. Joseph was accepted to the New School for Jazz and Contemporary music as a tap dancer and hopes that other tap dancers will apply to university jazz programs worldwide.

The event is hosted on the American Center in Moscow Facebook page on December 2 at 7:00pm Moscow time. Please follow this link on the day of the event: https://www.facebook.com/acmoscow/   You can register below and leave your valid email address to receive a reminder 30 minutes before the online event starts. To join other AMC Online programs, please check the American Center’s website and TimePad calendars.