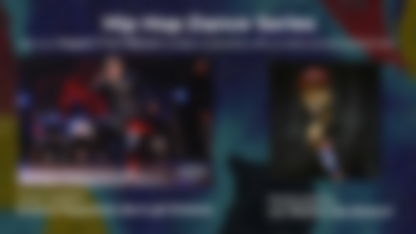 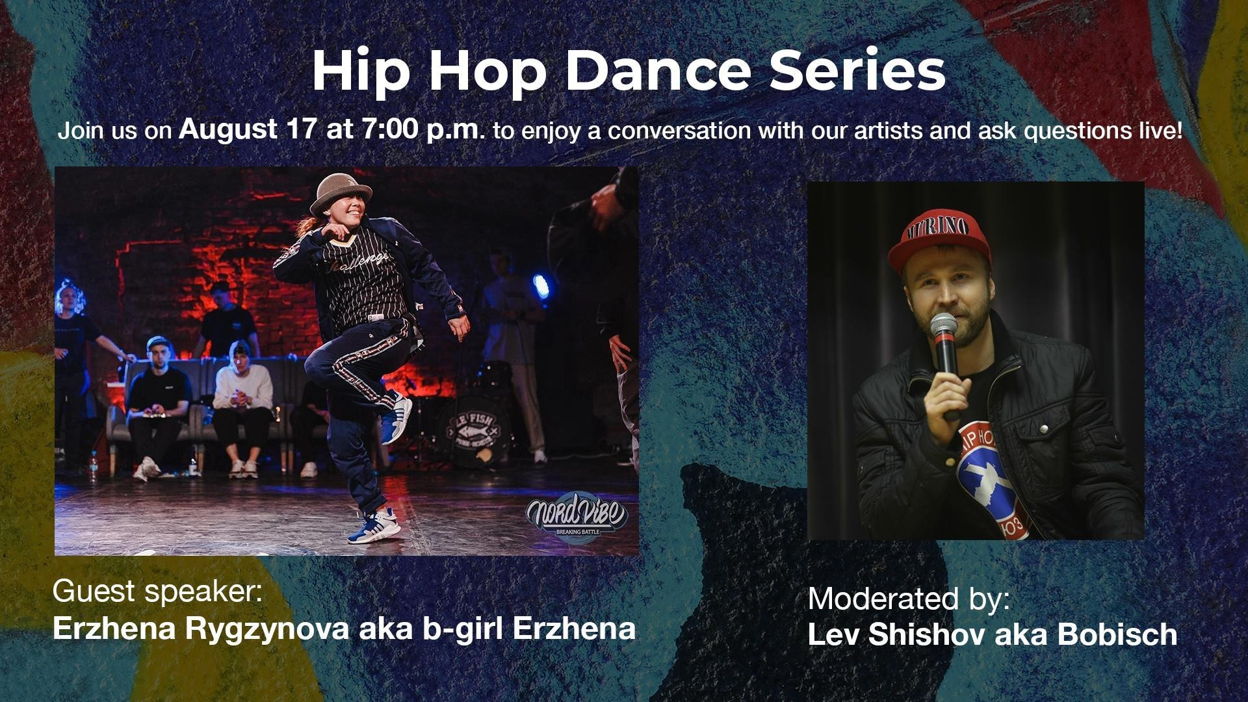 Lev Shishov aka Bobisch interviews Erzhena Rygzynova aka b-girl Erzhena live. Tune in to watch the conversation and ask the dancers questions live on August 17 at 7 PM MSK.

Join a 5-part virtual program Hip Hop Dance Series every week from August 17 to September 14, 2022, live on the American Center in Moscow’s YouTube channel, VK group, and Telegram channel. The series will feature conversations and dancing performances of different artists in the United States to celebrate hip hop as a social organizing tool and community builder. Hip Hop Dance Series will bring together artists who have both Russian and American experience in hip hop dance and who will talk about the positive impact that hip hop and art has on our society. The series is moderated by Lev Shishov aka Bobisch.

The guest speaker on August 17 at 7 PM MSK is Erzhena Rygzynova aka b-girl Erzhena.

About the guest speaker:

Erzhena Rygzynova aka b-girl Erzhena has been dancing for more than 13 years and breakdancing (breaking) is her passion, especially footwork and flow. She acquired her skills thanks to her teacher b-boy Wolt (TOP9 crew) and her husband b-boy Bukhingham (Flexible flav). Since 2009, Erzhena has participated in a lot of jams around Russia, Europe, and the USA and has won some b-girls and crew battles in Russia and Europe. Together with her friends, she has organized breaking jams in Russia, such as “Rockin Star” and “The Sky’s the Limit”. Originally from Siberia, Russia, Erzhena and her husband have been living and working in the United States since 2021, where she organized Hip-Hop/K-pop festival “Culture Clash” in Sacramento, CA, and at this moment is working on “Skillmatic” in Fresno, CA, together with her friends.

Lev Shishov aka Bobisch started breaking in 1999 and holds multiple titles in European and Russian events. He has been teaching dance since 2007, and some of his former students have been awarded world championship titles and are currently active. Bobisch has acted as an organizer and host of multiple hip hop culture events and international exchanges, including successful collaborations with Swedish Institute, FCE, Next Level, Otto von Guericke University, Helsinki University, Sunrise e.V. Magdeburg, Red Cross, Alumni Mentoring, Potsdam in Bewegung, Goethe Institut, and others. He has also organized and participated in multiple inclusion projects, such as Social Hip Hop Project Integrations (in St. Petersburg), Empowering Women through Art Project in the American Center in Moscow, Break Grenzen Crew Project (in Germany), and others. He has acted as a translator and interpreter during live and online events and has interpreted for numerous hip hop culture legends including bboy Focus, Mr. Wiggles, Crazy Legs, Carlos Mare, and Bernard Purdie. FLEX alumnus of 2003, recently Bobisch has focused on ecological activism, working on shore clean up initiatives, and decentralized community governance projects.

This event will be livestreamed on the American Center in Moscow’s YouTube channel, VK group, and Telegram channel.

To receive an email reminder 30 minutes before the online event begins on August 17, 2022, at 7:00 PM MSK, register below and leave a valid email address.